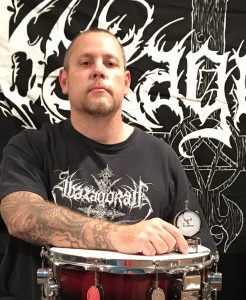 “After hours upon hours of trying to tune drums by ear with no success, I decided to try DrumDial. This product was so simple to use, but how did it sound? Amazing, my drums have never sounded this good. DrumDial truly is a great product. No drummer should go to a gig without it!”

Thanks for visiting our new website. DrumDial Precision Drum Tuners are made in the USA.